Let’s present you a staggering movie typeface that is known as Heroes Assemble font that belongs to the Techno typeface family. A great movie font designed by the Iconian fonts. Basically, the font got very famous when used for the logo title in An American superhero film called The Avengers. It is a 2012 action movie based on the Marvel Comics superhero team of the same name.

This movie was produced by Kevin Feige and it got tremendous success at the box office. The font is also known for Avenger fonts that come in 19 versions including Regular, Italic, Condensed, Bold, Bold Italic, and many more. Each version provides 204 unique glyphs with 1000 units per em, many stylistic alternatives, extensive language support including Eastern and Western European alphabets.

In addition, each style of the typeface contains 218 stylish characters including uppercase letters, lowercase, numerals, punctuation marks, currency symbols, and many special characters. Another Techno Font Batman Forever font is the most similar font to this typeface. The letterings of this typeface are very clear and easy to read that’s why it provides goog eligibility to designs.

Reason to Use Heroes Assemble Font

After being used for this superhero movie, the font became the one most considered typeface for logo designs due to its clear and sharp look. It is also great for display and very flexible on screens. So, you can use this typeface for many other interesting designs such as movie posters, video games, banners, posters, greeting and wedding cards, labels, and many more.

If you have any type of Youtube channel then this font is for you. You can create amazing video thumbnails as well as some other channel art designs. It is also mostly used for headlines and titles because of its soft bold characters. Besides, you can also use this font in your quotes, product titling, magazines and newspapers headings, and many related things.

You can also use its free online font generator tool if you don’t have installed this font on your PC. The tool consists of different colors and hundreds of text effects which are best for text graphics. This font is free from all the license issues and you don’t need also to do any other registrations while using this typeface in your personal and private projects. For commercial purposes, it is fully prohibited without its license.

Here you can free download this font for all your personal and unofficial projects. Just click on the below download button to get the font on your operating systems. However, if you need to use this font for commercial use then you will have to purchase its paid version.

What is the generator tool of Heroes Assemble font?

This font has a free online font generator tool that can be used for quick designing purposes. You can also transform your simple text into graphics via this tool.

What font is close to Heroes Assemble in Google Fonts?

Can I use Heroes Assemble font on my website?

This font has very clean and soft texturing that can be adopted as a web font. So, it would grant an amazing look to your websites.

Where can we use Heroes Assemble font?

After being used in a movie logo, it became well-known for logo designs because it provides an astonishing feel to your logos. You can make beautiful logos for your websites, brands, and company profiles. 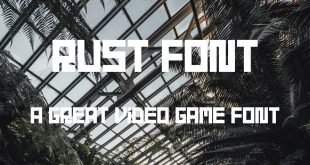