Open Sans Font is a sans-serif typeface that came into being in 2011. Steve Matteson, a well-known American typeface designer who is known for being the only designer whose maximum work is incorporated in the operating system. He started his typeface designing career by associating with Monotype Corporating, after which he went a long way.

The Open Sans font is designed after being inspired by a Droid Sans typeface, a font family that was originated to be used in small size texts and was designed by the same designer Steve. On the other hand, this font is also designed to be used on Android mobiles, but the major difference is, they are designed to be applied in wide texts.

The font comprises different versions, and each version comes up with different characters making the text likable and winning, and easily useable with sanpaullo signature font. If you have an adobe account, you can make use of this font for your personal and commercial projects freely. Furthermore, Open Sans Font Generator is here to provide you with another facility.

With this tool, you can create different font designs and Logos online totally free of cost. The tool also gives you an opportunity to make your downloaded fonts web-friendly so that it becomes cooperative with all type of browsers.

Let’s go back to the history of this font and examine how it originated. The font is authorized by Google, so it came into being with an open form, upright stress, and friendly emergence. The main element that the designer paid special attention was to create a font with a high legibility score across the web, printing, and mobile devices.

Steve already created one typeface for Android mobiles for small size texts, so this time, he came up with an idea to create a design for wide text sizes. It covers many alphabets, including Italic, Cyrillic, Greek, etc., and has more than 800 Glyphs.

The font carries 5 weights that include Normal, Light, Semi-Bold, Extra-Bold, and Bold. Each weight has italic versions. You can also find many appropriate alternatives to Open Sans, among which a few of them worth stating are Roboto Font, Lato font, Raleway font, etc.

Because of being licensed under Apache that is a free software license, it has been used freely for different projects all over the world. This font remained a center of attention on numerous noted platforms, and designers fully took advantage of this free font. From designers to common people, everyone made this font their priority.

If we state its usage on different platforms, there would be a long list so let’s put a light on a few places where this font was immensely used and which are worth stating.

As this font was commissioned by Google, so Google used this font for many purposes. You might have noticed that in different web pages, Google applied this font. Furthermore this typeface with fira sans book font used for advertisement and printing purposes, Google made this font their first choice. Hence, Google plays an important role in making this font acknowledged.

WordPress site is one of the highly-used website creation software, and maximum people have once created their website on that site. In 2013, their 3.8 versions emerged where Open Sans font was used and was being appreciated by all the WordPress users.

Telegram software is another prominent software that is being used by millions launched in 2013 once this font was highlighted in that software.

The font is designed under Apache license that is a free license software. The fonts developed under this license are free from any license restrictions. Hence, this font is free to use for every commercial, personal, printing, and Digital projects. By using your Adobe account, you can make extended use of this font everywhere free of cost.

Apart from all the above-mentioned features, an essential element that increased its worth and popularity is, being a free font for all types of projects on every level. You can also download this font free of cost from this guide. A link is attached from which you can get this font in your system within no time, free of cost. Isn’t it amazing?

How Do I Get Open Sans Font?

It is quite easy and straightforward to get your hands on this font on your Windows and Mac. From the above-mentioned link, you can download the font free of cost and start using it in your projects without worrying about the license.

Is Open Sans a Free Font?

The Open-Sans comes under the Apache license category, so you are free to make use of this font in your commercial and printing projects and designs free of cost. Download the font, and here you go with one of the worth using fonts in your system.

What Font Goes with Open Sans?

You can get a complete range of fonts that goes best with Sans, yet a few of them include Robotto font, Helvetica Neue Font, Lato font, and a few others.

Is It Open Sans a Google Font?

Open Sans is authorized by Google; that’s why it is free and entirely safe to use in different places.

Where Can Open Sans Font Be Used?

Since the font was released, it has been highlighted in many places. For instance, Google has used this font in many web pages, and it has become the priority of many international political parties. You can use the font in your websites, designs. The font is specially designed for mobile interfaces for wider texts, so you can use it for this purpose.

Who Designed the Open Sans Font?

An American designer Steve Matteson designed this font that was released in 2011 by Ascender Corporation foundry. 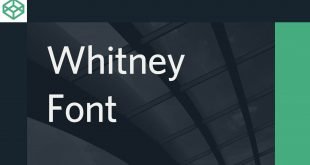 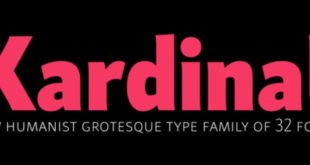 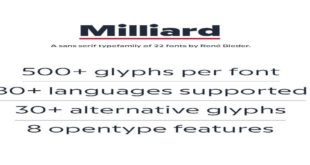